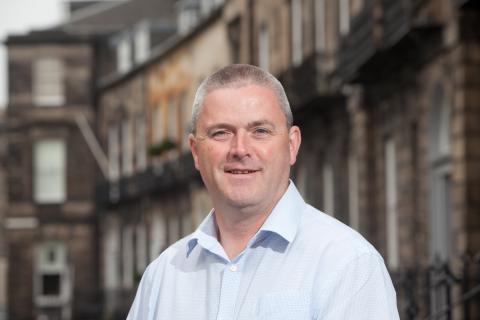 An increase in the number of people buying and selling homes for £1m-plus has been experienced this year according to our Residential Property team.  They have already been involved in more than twice as many seven-figure transactions so far this year than in the whole of the previous two years combined. The majority of those deals have been in Edinburgh, highlighting the resilience and growth of the capital’s million-pound market since the lifting of lockdown restrictions last summer.

The competitiveness of the market was highlighted through a recent £1m-plus sale in Morningside, Edinburgh, which attracted 11 offers and sold for almost 27% over its valuation price.

Andrew Diamond, Partner and Head of Residential Property, said: “We have never been involved in as many deals for £1m-plus homes than we are now. Particularly in and around Edinburgh, that increase in the number of homes selling for £1m or more is something we have expected for some time, but the dynamics of the post-lockdown market have really accelerated that shift. Our numbers reflect the wider market.

“Changing working habits caused by the pandemic continue to shape much of the demand we’re seeing. We’re in a different market to 18 months ago. People are looking for extra rooms and outdoor space - somewhere they can commute to work from a few days a week.”

Andrew added: “We are continuing to see sustained high demand across the board, with low interest rates and the fact that lenders are continuing to make money available undoubtedly helping keep the market strong.

“That demand has, in places, outstripped supply. This has increased competition and driven prices up. Most types of homes are still selling quickly, as has been the case since last summer.”

It was reported recently that Scotland has overtaken London as the fastest-moving market for £1m properties, with homes selling up to 25 days quicker than the average. Half of those properties were in Edinburgh alone.

Have a conversation - no obligations or contracts - just a chat. See how we can help you make your next move.

Keep up to date

We occasionally post hints and tips about selling your home and the latest market trends.

Our experts can discuss your property needs and can tailor our support to help you to get the best outcome.

Alternatively, should you wish to speak to someone, you can contact one of our offices.

For alternative ways to get in touch, please view our contact page.

This property is no longer available. Try searching for similar properties